So now it's time for Masamoto Honyaki 300mm White#2 Yanagiba. This knife is more like a sword. It need some time and work but I am going to show him some love. 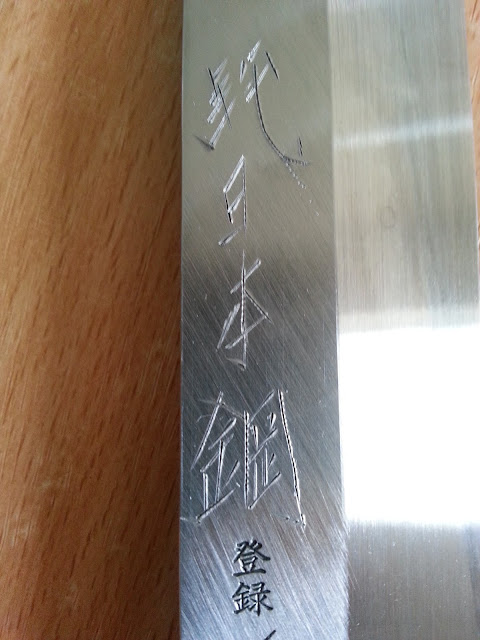 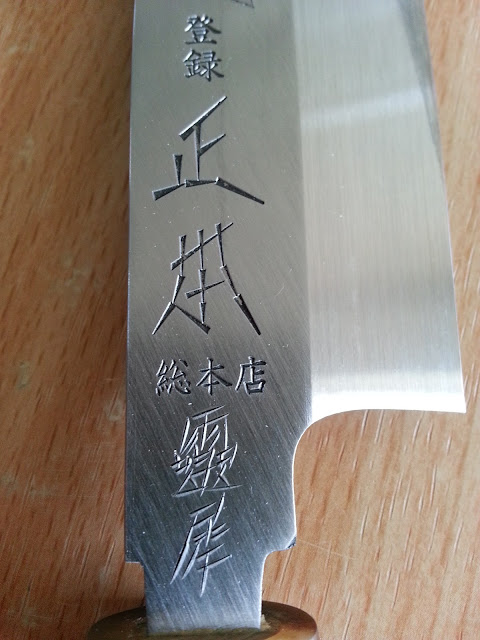 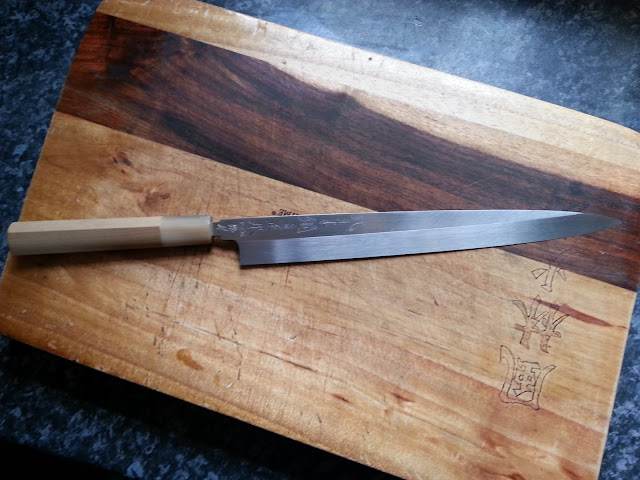 Ok so first of all I must repair tip of the knife. Actually I don't now the reason why it's broken but when I opened a package from person who send me it it was already broken and that person don't remember that it was broken before he send it. I believe that just happened in transport because those blades were wrapped in few layers of paper and send in envelope. Anyway I have to fix it. 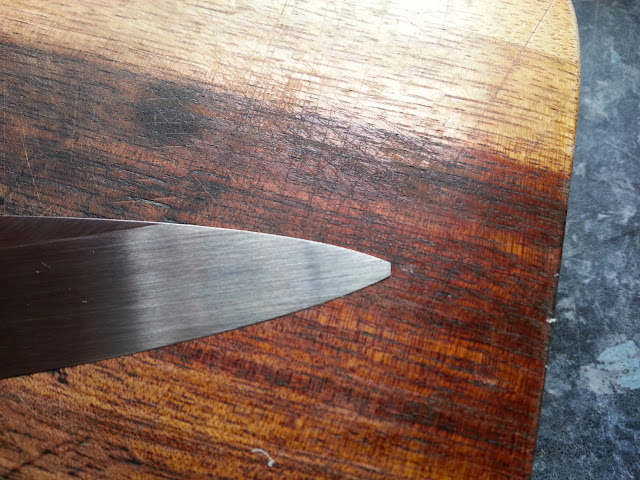 I have marked area which I have to remove with pencil. I didn't wanted to remove steel from edge because I had to maintain original profile. I started with beston 500 but i quickly swap to some cheap diamonds. After that i just spend few minutes with Beston again to finish it. 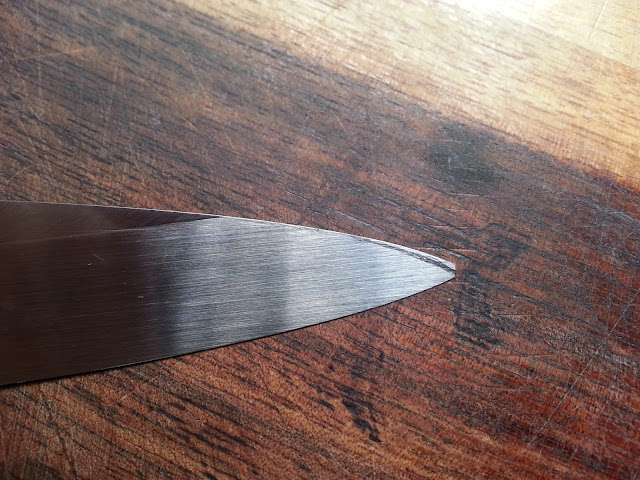 It took me maybe 20 minutes to fix it. Now it's not very pointy and thin so maybe it won't brake again in the future until somebody hit anything. 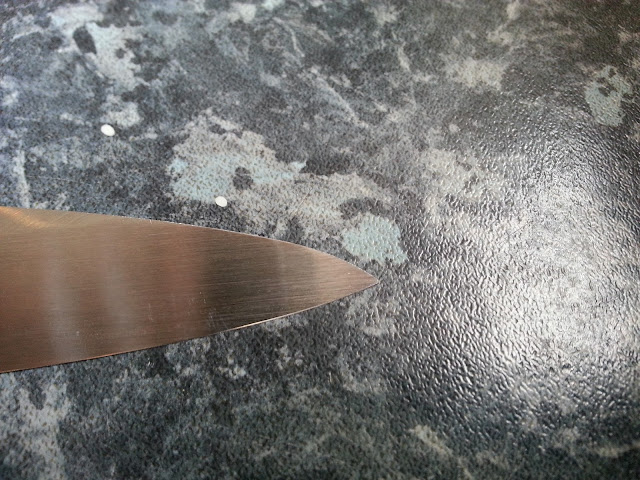 I managed to find another few minutes, before i went to my work, to check that there is no grind issues. As usual I covered whole blade with marker pen to see any low spots. 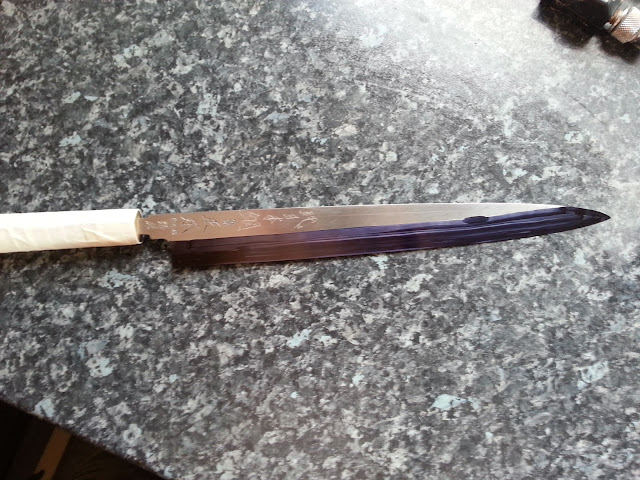 As you can see I was grinding steel only from edge and shinogi line which means that there is concave in the middle of the blade road. That is a big surprise and disappointment because in high-end knife for that price, I believe that it's about 950$, grind should be perfect. I didn't have more time today but I will work on it tommorow. I hope that it won't take ages to make it even. 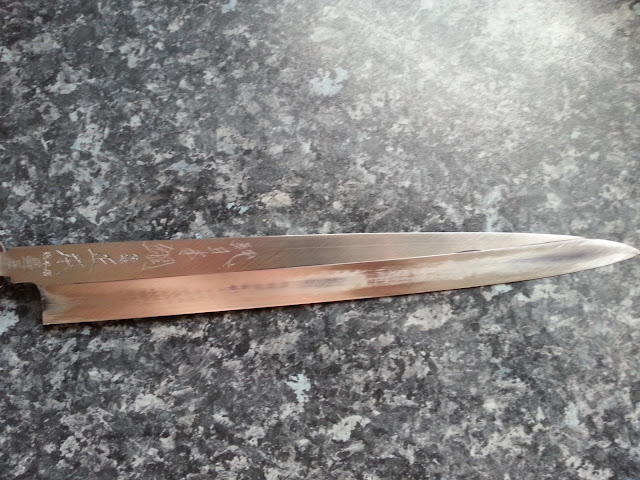 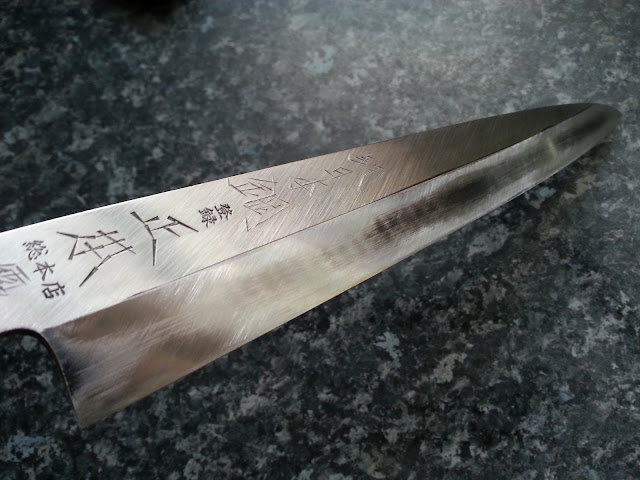